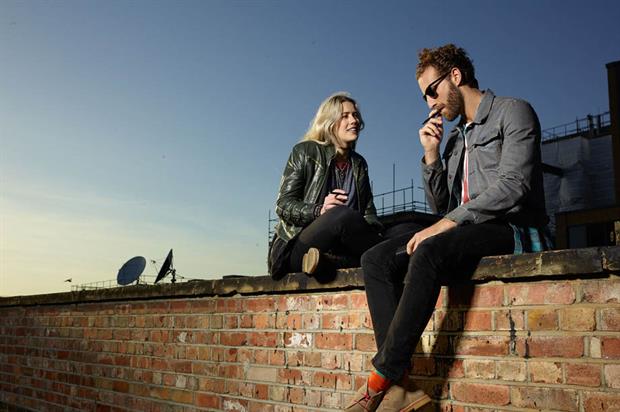 Love is blind but it’s not hard of smell.  You’ve been struck by Cupid’s arrow and take great interest in your newfound companion, yet you can’t help but notice a pastime of theirs.  They like to ‘vape,’ an increasingly popular activity adopted by younger people and those who seek an alternative to smoking cigarettes.  Don’t fret, if you’re dating a person who likes to vape, remember the following.

Appreciate That They’re Not Smoking

As we’ve known for decades, smoking cigarettes is harmful to your health and can lead to serious ailments such as heart disease and lung cancer.  Furthermore, the cost of a pack of cigarettes has steadily risen over prior decades.  This entire article could be devoted toward the negative effects of cigarettes, yet that’s something you don’t need to be concerned about since your partner is vaping.

You don’t have to adopt the pastime but you can show some interest.  Those who vape are pretty informed about devices and products on the market.  They pledge allegiance to certain types of flavors and have strong opinions about their choices.  Show your support by noticing magazines, local shops, leading companies, and purchase options, such as Cuttwood e juice.

Be Understanding Regarding their Habits

A significant portion of vapers are those who are trying to quit, cut-down, or stay away from cigarettes.  Therefore, unlike other food or beverage choices, your mate may be especially preoccupied with getting their ‘fix’ before picking you up, going out for the night, or feeling more anxious.  Such a preoccupation may be hard for some to relate to if they are not vapers too.

Vaping is not as cut and dry as buying a pack of cigarettes and maintaining a book of matches or lighter.  Vape devices are intricate, containing  a number of parts, requiring maintenance, repairs, new purchases, etc.  A vaper’s car or kitchen table may be cluttered with vials, old and new batteries, packaging, etc.  Your mate may not be a messy person, yet if you’re not accustomed to the idiosyncrasies of vaping, you may be thrown off by all the clutter.

Don’t Compare Yourself to Their Habit

Imagine your mate is coming to pick you up, calls, and states they need to go back home or make a stop to get more vaping supplies.  Some may feel as if they’re ‘second fiddle’ to their mate’s habit, yet don’t compare yourself.  As mentioned, your mate may be battling a former cigarette addiction.  Be empathetic, and rather than add any stress to their situation, alleviate it.  Let them know you understand their cravings and don’t assume they care more about their hobby than they do about you.

Get Used to Friends of the Habit

Usually, those with similar hobbies gather together and take part.  Those who vape are no different.  In addition to your mate’s habit, you may be around their friends and family members who also vape.  As mentioned, you don’t have to vape, but you’ll need to be tolerant if the relationship is going to be healthy and will last.

Robert Howell has worked in the dating industry for the last several years and has learned some handy tips along the way! He writes about the do’s and don’ts of dating in his articles.